How to copy Skype text without timestamp?

I’ve made a quick autohotkey script that runs when you press ctrl + C inside Skype. It basically copies selected, runs a regex replace on it and stores it in your clipboard.

The regex is quite naive, and makes a few assumptions, which may not be correct as I haven’t rigorously tested it:

Here’s the .ahk script itself. It’s app-sensitive based on the ahk_class tSkMainForm, which might possibly change in the future updates of Skype.

If you do want to keep the nickname, just remove the .*?: at the end of the regex.

I’m on a Mac and made a very simple little app for removing the timestamp and username from copied Skype chats. There’s a “How To Use” in the linked dropbox folder. Basically it will clean up what is in your clipboard and create a new text doc, or you can paste a long list of continuous chats into a text doc and then clean up from there.

I used Automator and a bash sed script to make these applets.
It looks for the timestamp brackets and an ending : pattern and removes the whole block.

This allows for copy/pasting only the message text and not the timestamp.

If someone is still interested, I have a workaround: right-click on the selected text, choose “search with Bing” and it will open new tab in your browser and show you plain text without timestamps and without “Jane Doe: something something”.

A workaround for this using Notepad++ search & replace with regex

p.s. I have no idea why Microsoft/Skype not allow us to copy message easily. 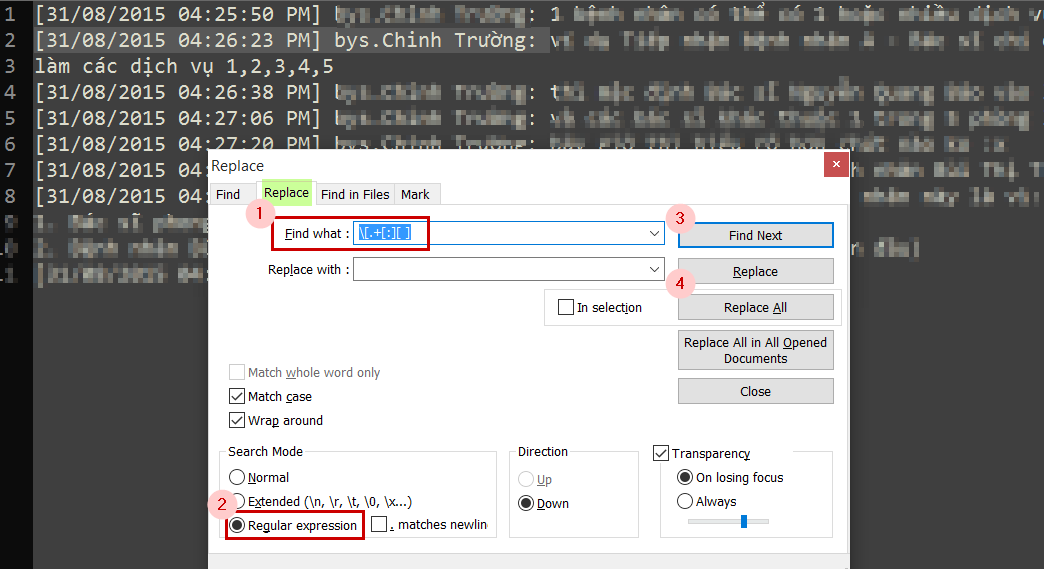 As of at least Skype for Business version 15.0.4753.1000 there are two additional options for specifying to only copy the message text. Per message, and a default copy option.

Copy text only from a single message:

The text can then be pasted with Ctrl + V

Set the default copy behaviour to be text only: