How to write subscripts in Microsoft Office formulas


In Office’s built-in equation editor you can type ^ (caret) for superscript followed by your text, and subscript is _ (underscore) followed by the text.

You must enter a space after entering. For example,

Any of the answers suggested above did not directly work for me. However, I cracked the problem with a little clarification.

To subscript a character in equation editor:
1. Type an underscore ‘_’.
2. Press the space bar
3. This creates a small dotted box in the subscript.
4. click on the box and type the text that has to go in the subscript.

To Superscript:
Repeat all above steps with a carat ‘^’ instead of an underscore.

Note: The above was tried on Microsoft word 2013.

I have tried everyone’s suggestions, and nothing has worked, but I finally figured out what was going on. I use Word 2013, and write out a lot of tests for math and physical science, which include many formulas with subscripts. However, most of my formulas in physical science use “Normal Text” (text that is not italicized). When you are using Normal Text, the “SHIFT” + “underscore and subscript” + “space” that everyone else had shared does not work. It was only when I clicked on the “Normal Text” setting in the upper left corner of the screen next to the “Equation” dropdown (while in Equation Editor), to turn OFF Normal Text, that the shortcut of “SHIFT” + “_(subscript)” actually worked.

So if you are typing an equation that uses regular text instead of italicized text, make sure you have de-selected “Normal Text” in the upper left of the screen before attempting to use the shortcut keys for subscripts.

Example: To type NaNO3 and make the 3 a subscript, but have the text regular and not italicized, do the following:

The 3 should now be subscripted following the O. You can then click on “abc Normal Text” again to continue typing the equation.

With Microsoft Word Equation Editor 3.0 or 3.1: 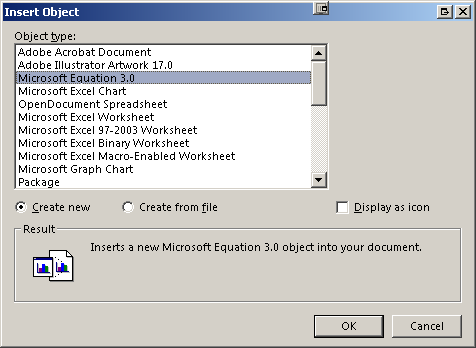 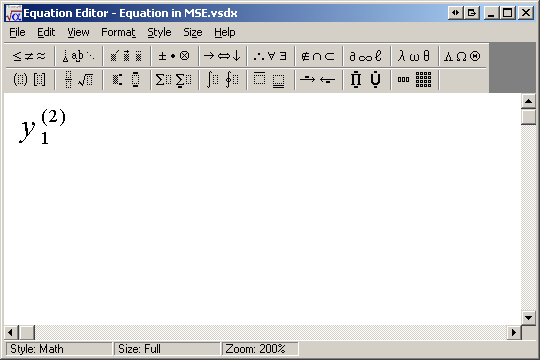 Supposedly. I don’t have Office so i can’t confirm this, but it’s what a Google search got me.
Let me know if it works!

EDIT: apperently for equation manager CTRL+L does subscript while CTRL+H does superscript. Once again. i googled it so it would be awesome if someone could check it out.