Memory not decreased after closing activities during profiling in Android Studio

I have tried forcing garbage collection and capturing the heap dump but I did not find memory leaks. What caused the memory to not be released after the Activities are destroyed? Does it indicate any underlying problems related to the memory usage? 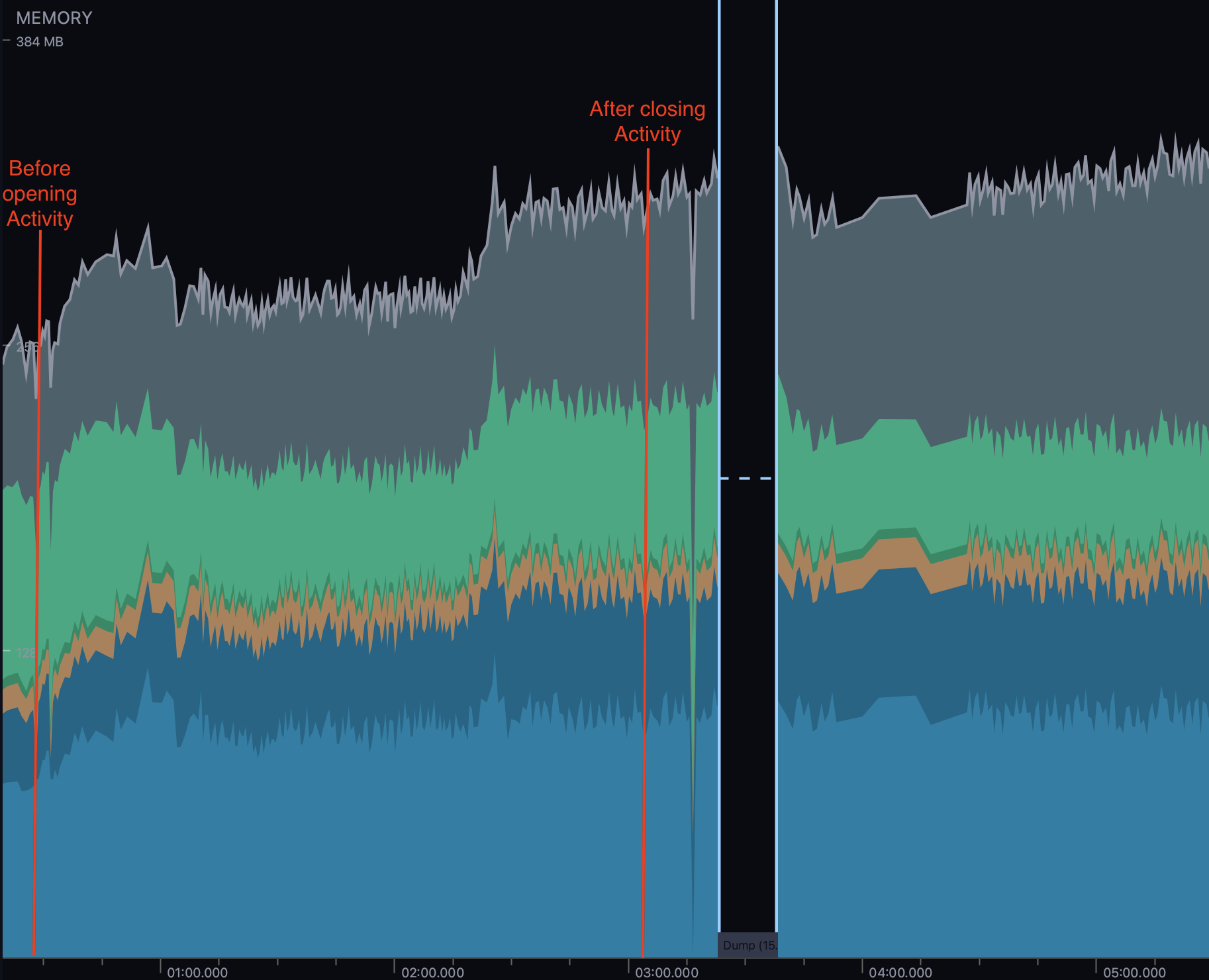 Here Firebase can get the most memory consuming interfaces, it can also display the time each interface and activity takes when the application is started, install it on the project and then open all the activities in your application to get information on which activities are using up the memory and how long it takes to load each screen.
When you open the activity, you will find the information in the Run app in console of Android Studio.