Use the speed of an SSD + two HDDs in RAID 1


Despite what other posters have said, you absolutely can gain a speed increase using an SSD in a RAID – if the RAID software is smart enough. What you want is a technology called “Write Mostly”, which basically does write to both disks, with reads coming from the faster disk. Here is one explanation of it.

Also, depending on how critical “up to the second” data is, you may be able to use some kind of process to “buffer” writes on the secondary disk. I achieved this by abusing DRBD. You can read about the experiments I did for a similar option here.

No. Because the 2 HDDs will often slows down the SSD. Current SSDs can reach 500MB/s easily, while 2 HDDs can reach at most more than 200MB/s. But the most important thing in SSD is the super fast access time, which HDDs by far lagged hundreds to thousands of times behind

Indeed it’s possible but you need special strategies like write mostly as davidgo said instead of evenly distributing like a normal balanced RAID. This is a diagram from Adaptec’s RAID controllers 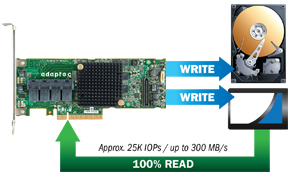 If you’re not familiar with Storage Tiers, the idea is to be able to mix Solid State Disk (SSD) storage with conventional disks (HDD). However, Storage Tiers provides the ability to store more frequently accessed data on SSD media… with both types of media used as block based storage for the same virtual disk: the best of both types of storage. That’s a pretty high level summary… and a pretty awesome concept. Previously, in my basement lab I had two different pools: one for each type of storage.

The Storage Spaces feature allows you to choose one or more disk as cache, or whether some virtual disks need more speed or space 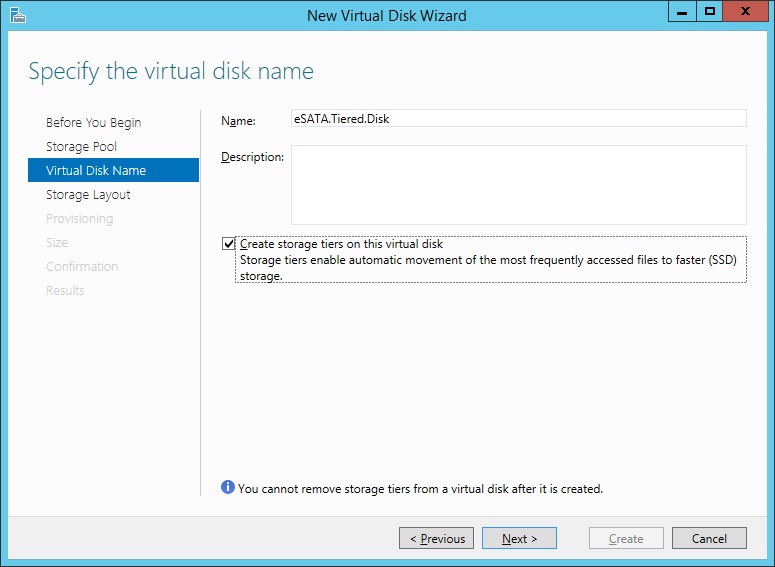 Beside RAID1 mirrors it can create striped and parity disks as well. It even allows a lot more flexibility by allowing different sized disks, because there’s always the possibility of adding more disks with different properties in the future

In reality, we recognize this is not always practical: Storage Spaces Direct is designed to run for years and to scale as the needs of your organization grow. Today, you may buy spacious 3 TB hard drives; next year, it may become impossible to find ones that small. Therefore, some amount of mixing-and-matching is supported. 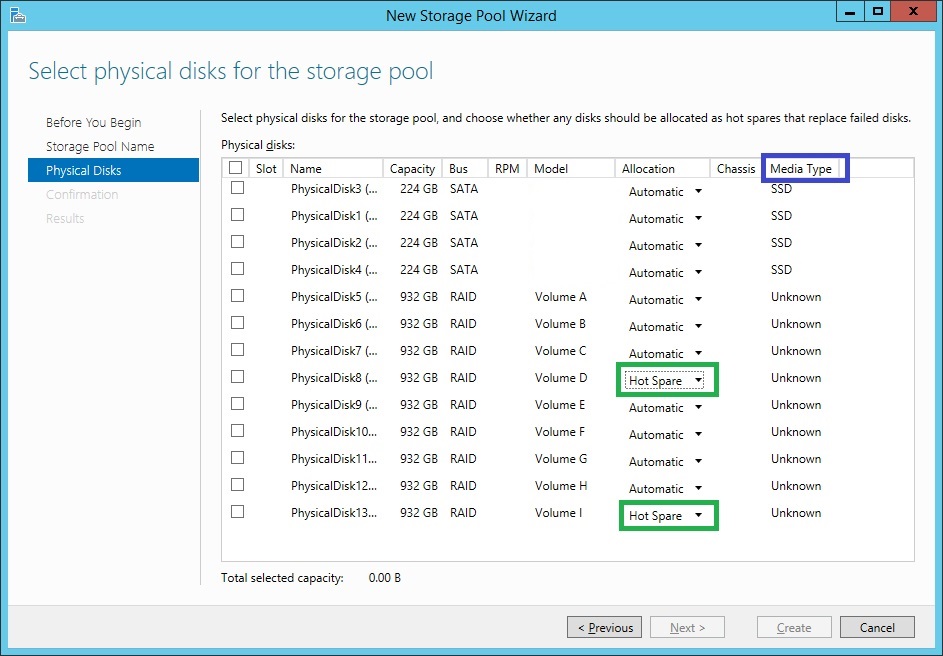 Many storage systems contain mixed media types. This means that a few high capacity 7,200 RPM disks are available for storing backups, or data that is not accessed very often. 10,000 RPM or 15,000 RPM disks might be deployed to house databases or other data that needs to be accessed and manipulated relatively quickly. Lastly, SSDs could be found in such a system as well, storing data that has to be readily available or data that is very sensitive to access latency, such as transaction logs or parent VHDs in a VDI-type deployment. This type of provisioning is also possible with Storage Spaces and allows the user to take advantage of the various characteristics of different disk types without having to buy the most high-performing type of disk for the job. The system administrator can create pools of different disk types, or group different disk types in a single pool and manually select which disks should be used for which storage space. These types of heterogeneous storage deployments are fully supported by Storage Spaces.

There are also several related questions on SU: